We are a team of engineers/makers/innovators who strive to make a difference by designing car accessories with a minimalist philosophy. This time around, we present you Norshire Mini, the world’s smallest and most portable tire inflator ever.

Why do they have to be so bulky and hideous? They simply don’t fit in our modern era predominated by aesthetics that Apple products and Tesla cars embodies.

Above designs have a common flaw: a lot of wasted space. Whereas, Norshire Mini is so compact that it measures only 156mm/6in (batteryless version), 208mm/8.2in (battery version) in length and   40mm/1.6in in diameter.

But of course, designers of those tire inflators wouldn’t agree there’s any space wasted in their products because those hallows are critical for their inflators to cool down.

How does Norshire Mini get rid of the heat from a fast spinning motor and the compressed air?  A powerful cooling fun that ventilates 50L of air per minute and aluminum alloy air cylinder with cooling fins.

Now you can just throw your tire inflator, which is Norshire Mini of course, in the glove box, car door compartment or anywhere in the car and hit the road, or throw it in your backpack and bike away with   peace of mind.

We didn’t stop at making Norshire Mini compact and portable.

Unlike any tire inflator you’ve seen before, Norshire Mini is a sleek and clear shaped cylinder. It is the first tire inflator that got rid of all physical buttons and features a 0.91in, 128*32 resolution OLED display   with capacitive touch.

Even when you don’t need to inflate your tires, you can connect Norshire Mini to them at any time to gauge the tire pressure. The screen shows your current pressure immediately when connected like the   picture shows above.

1. It instantly measures the tire pressure when connected to a tire.

2. It automatically stops when it hits the preset tire pressure.

The microcomputer does a great job in power management too. The stand-by power consumption is less than 1mA, so the device could sit idle for a whole year after a full charge without being over   discharged.

Minimalism isn’t just a design language shown in the exterior design but a philosophy that sips into very corner of our professional life and very detail of our products. Norshire Mini has only 4 touch buttons,   one Power key, one Start/Pause key and a pair of +/- keys to set pressure values. It’s so simple that you won’t even need a manual to operate it.

Just because Norshire Mini is small and cool, both figuratively and literally, doesn’t mean it has to compromise in performance. We utilize a top notch high intensity ferromagnet 380 motor that is small in size   but fast in operation, 30,000 rpm, and big in power output, 56w to be specific. The whole system produces 18kg of torque, enabling Norshire Mini to produce 12bar/1.2Mpa/174psi of air pressure and pump   10-17 Liters of air per minute.

All the high manganese steel gears are precisely regulated to realize dynamic equilibrium, and the whole device is very tightly sealed, making it significantly quieter than a regular tire inflator.

To cater the different inflating needs, we created 3 different versions of Norshire Mini, the Battery-less Version , the Battery Version and the Power Version.

1. The Battery-less Version differs from the Battery Version only in that it doesn’t have a built-in battery.

2. The Power Version has a built-in battery just like the Battery Version but produces much high pressure than the other 2 versions.

Norshire Mini can be powered and recharged, in the case of the battery version, via a cigarette lighter that comes with or a 5V/2A DC adapter like those we use to charge our cellphones. Of course 5V is not   enough to power our device, but we’ll include a special charging cable, as shown below, that boasts the voltage to 12V. Please note that the package doesn’t include a 5V/2A DC adapter as we figured   everybody has already got one, even more than one. This is to save our environment, and some cost too. We thank you for your understanding. 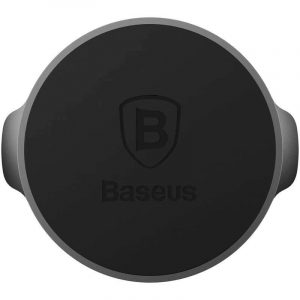 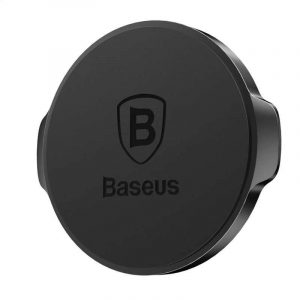 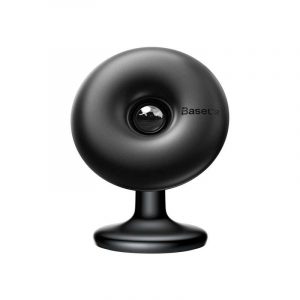 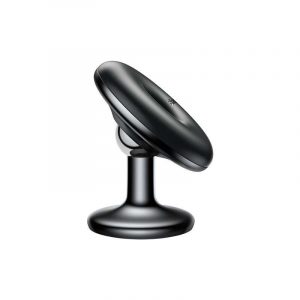 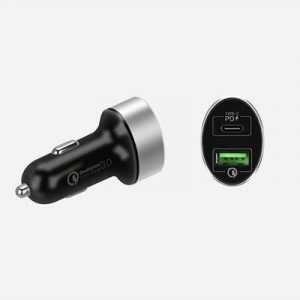 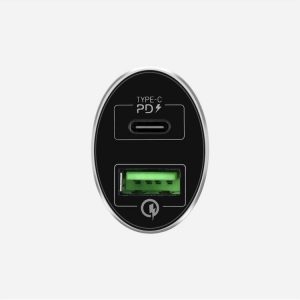 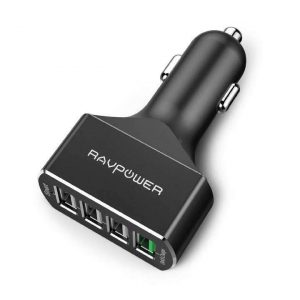 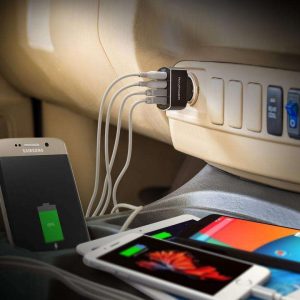 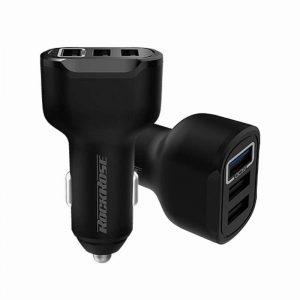 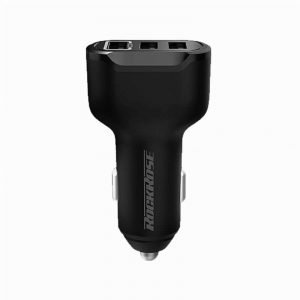 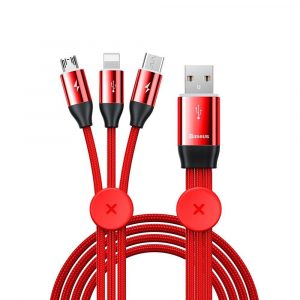 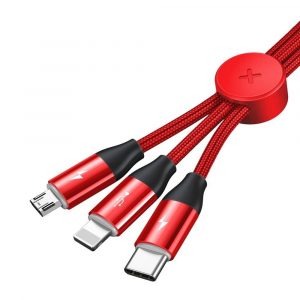 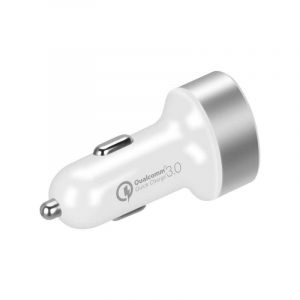 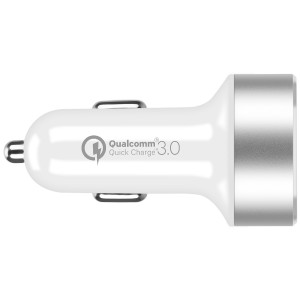 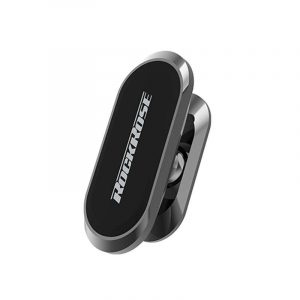 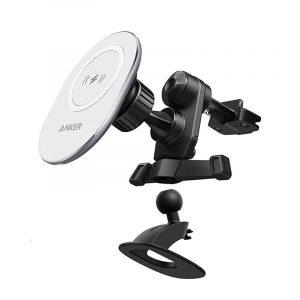 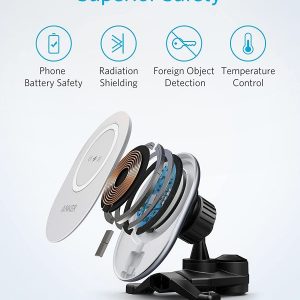 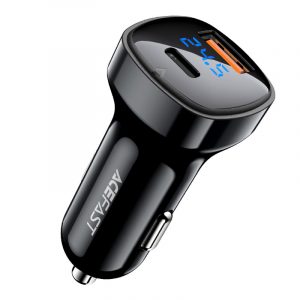 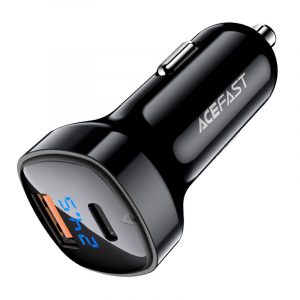 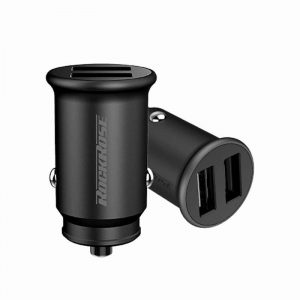 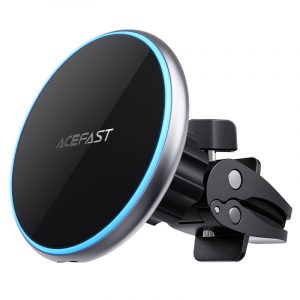 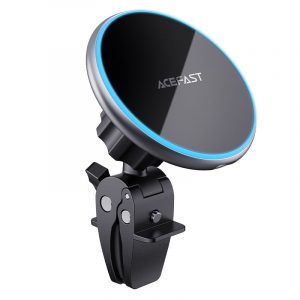 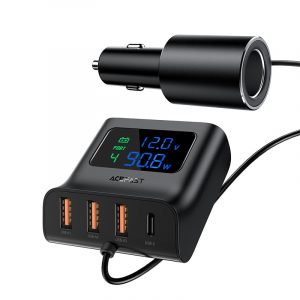 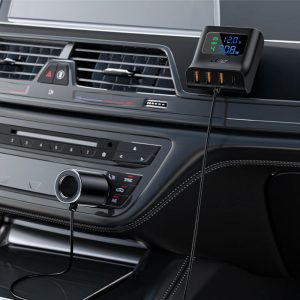